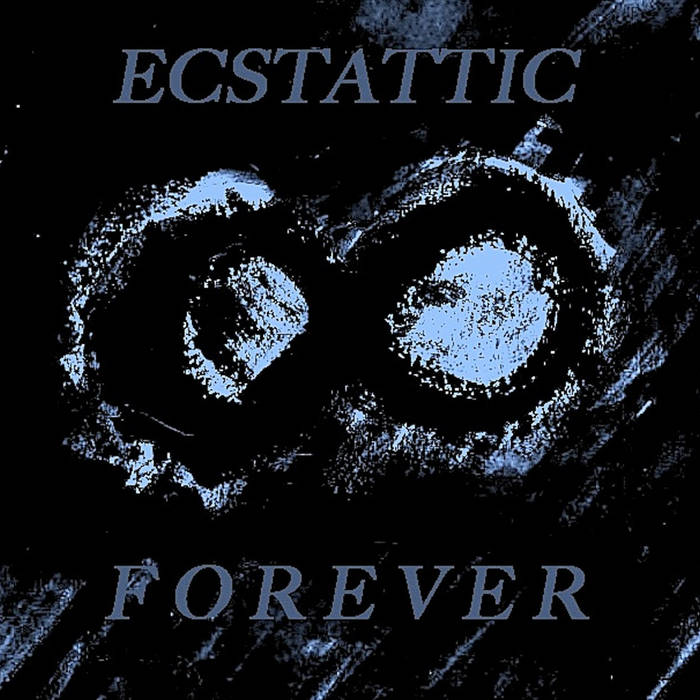 "Ecstattic Forever" is the fifth compilation of music recorded, mixed and mastered at Ecstattic Studio in Minneapolis, Minnesota. Comprised of recordings from the majority of 2015 and a bit 2016, "Forever" captures the studio's output at a crucial juncture. There are tons of new debuts, old friends, new lineups of established bands and startling left turns from scene stalwarts, all captured in the studio's established style of 'Artist-Fi" a.k.a. however dirty, clean, wet, dry, big, small or whatever that the song (and its composers) require. Ecstattic remains proudly and professionally committed to bringing these creations into the world, unfettered by social pressures and industry norms.

A bit about each featured artist follows:

Lunch Duchess is a new project featuring 2/3rds of BOYF (see below) as well as members of Mrs. and Catbath. Sporting a satisfyingly aggressive pop aesthetic that grafts bits of northwest indie rock onto classic chamber pop and soft-soul sounds, Lunch Duchess hit a sweet spot you never even knew existed. Their debut EP is out soon.

Strange Relations are a three-piece post-punk band that takes elements of kraut, punk, 90s guitar rock, pure pop and shoegaze, grind them up, place them beneath breathy, committed vocals and miraculously create something that is not only endlessly compelling; it's catchy as hell. Their new EP featuring "Drift" (and more tracks from the attic) is out soon.

Joey Joey Michaels is a dreamy, self-made pop star from an alternate universe. Backed here for the first time by a five-piece R&B/soul band, "Next to You" finds Joey reaching his full potential as a softly-crooning dreamboat lothario. His first mini-LP. "Manchild," is out now and it is incredible.

Dracular are a new two-piece math/noise-rock band that balance completely unhinged performances with pensive lyrics and bizarre compositional left turns. They will remind you of a lot of great records you own, but are too weird too be called referential and too mean to be called reverent. These are all good things.

BOYF is a transgressive synth-pop band whose sweet mixture of synth-pop, R&B and darkwave is a startlingly effective vehicle for discourses on serious issues facing queer, trans and female-identified people. "Current Trends" typifies this approach, using a sultry musical backdrop to address and then ruthlessly dress down a sexual abuser.

Hollow Boys are a Gloom-Pop band whose mercurial music often toes the line between ambient, sludge and glam-rock. "A New Shadow" is a remix/re-arrangement of the title track of their latest EP, A New Star, and prominently features the bass stylings of Cole Benson as well as the unstoppable whooshing of a broken amplifier.

Ego Death are a three-piece post-pop band who mix strains of punk, folk, country and shoegaze into a relentlessly satisfying whole. "Graveyard" closes out their latest (and first) self-titled LP with a bang, charging out of a wash of ambient noise and into a life-affirming one-chord punk breakdown. They are currently working on a follow-up that promises even more musical riches and 100% more saxophone solos.

Psybeams are a post-rock band whose aspirational compositions balance the technically-centered, jazzy post-rock of Tortoise with the occasional bout of unselfconscious tap-shredding or black-metal void-gazing. Their debut EP, featuring the full version of 'Sun Chamber," is out now.

Fret Rattles are classic garage-punk lifers, taking years of punk/metal/garage experience and wielding it like a weapon. "Lonely" is the first song from their upcoming LP and a perfectly-executed slice of brutal desert rock adapted, surprisingly, from a classic Northern Soul song.

DIIE is a four-piece psych-punk band featuring 3/4ths of shoegaze masters Fire in the Northern Firs and studio proprietor Ali. "Range" is an uncharacteristically pleasant slice of chiming guitar pop and is the first song from their debut EP as a four-piece, "UFO Satanic Terror," which will be out soon on Ecstattic and, generally, sounds more like its title than this song may suggest.

Tall Tall Mountain are masters of 90s power-pop in all its various forms: chunky, wistful fuzz anthems; pavement-style slop-dirges; radio-ready guitar ballads and anything else that fits the bill. "Flatlands" is bottled charm, showcasing the band's effortless way with ear-worm guitar melodies and deceptively catchy sing-along choruses. Their debut EP is out now.

Hot Cellars are a Nocturnal Surf band whose music expertly combines the gregarious vibe of 50s bubblegum pop with the seedy undercurrent and burgeoning sexuality of 60s surf-rock and psychedelia. "Take it Slow" expertly illustrates this, combining a gently strolling doo-wop ballad (complete with Staples Singers-esque back-up chorale) with aggressive drums and a sadomasochistic lyrical bent. They are currently prepping their debut LP for release.

All tracks written and performed by their respective artists/Recorded, mixed and mastered by Ali at Ecstattic Studio, 2015-2016