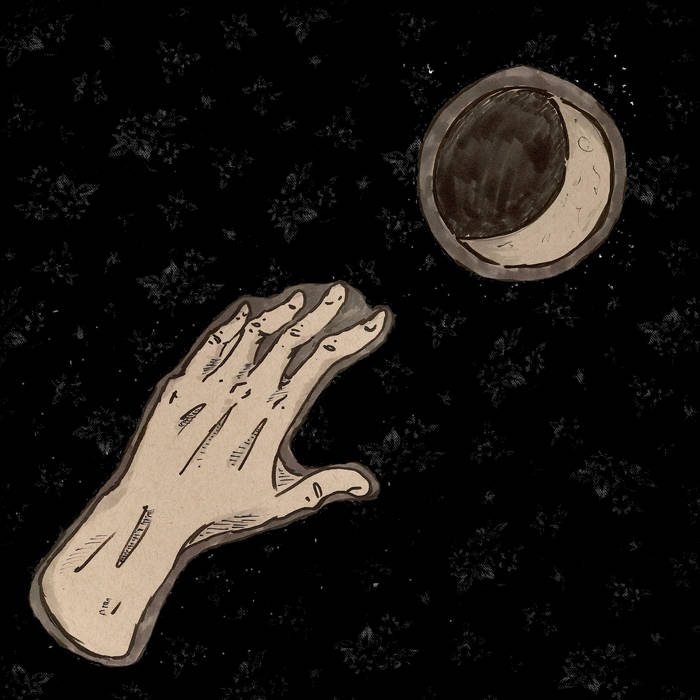 GLOWING SOFT is the second part of the fourth ECSTATTIC STUDIO compilation, entitled MAKE A STAR. Comprised of songs recorded at Ecstattic Studio over the last year, these tracks were tracked, mixed and mastered by Ali in the attic.

This compilation chronicles what was undoubtedly the busiest, craziest most fruitful year in the existence of Ecstattic Studio. Dozens of bands visited the studio - some new recruits, some old friends - and left us with an embarrassment of musical riches. All of these artists brought something new and unexpected to the studio and allowed us to stretch our stylistic boundaries in search of new and better sounds. The results speak for themselves.

Below, A bit about each artist:

NELSON DEVEREAUX is a local reed and woodwind wunderkind who's lent his inventive yet graceful sax sounds to dozens of bands around town, including - but surely not limited to - Hustle Rose, Adam Meckler Orchestra, New Sound Underground, Chihuahua City and Ecstattic's own Hollow Boys. "Bank Statement" is taken from his forthcoming solo debut, which also functions as the eerily beautiful soundtrack to a short Film Noir, complements the film's classic black-and-white visuals with a thick atmosphere that's equal parts Twin Peaks and Raymond Chandler.

BR'ER is the long-running noise-pop (or, as they'd call it, pop blight) project of DC-via-Philly musician Ben Schurr. "Miracles Of" showcases how expertly the relaunched Br'er ride the line between beauty and chaos, violently switching between well-oiled post punk mechanisms and screeching, atonal pounding without ever dropping the chamber-pop melodrama and complex melodicism that have always been their stock-in-trade.

JEREMY YLVISAKER and JT BATES are two of Minneapolis' finest musicians, here taking a break from their astoundingly prolific careers as jazz/rock/whatever-you've-got sidemen (and their fantastic new wave group Alpha Consumer) to indulge their drone-heavy experimental sides. "Underling" is far more bracing than the rest of the forthcoming record it is taken from, yet still manages to foreground the album's trademark lilting, atmospheric drones, even as Ylvisaker and Bates pound out a primitive rock'n'roll tattoo that slowly but surely delivers the song to its sublime conclusion. Not bad for a minute and forty seconds.

NAPTAKER are a surf-garage group from Minneapolis that absolutely nail the groovy, Zombies-indebted side of that sub-genre as well as the Link Wray-worshipping trebly guitar heroics. "Kayla" - a perfect slice of garage-pop - is the first taste of their fantastic forthcoming double EP which was recorded in Minneapolis and Memphis for extra flavor. Don't miss it.

STRONGER SEX is a three-piece electronic chamber-pop group from Washington D.C. "Jupiter" is a re-recording of a track from their first album executed while on a particularly wayward U.S. tour. This version tones down the twinkling electronics and adds subtly brushed live drums to create a more restrained yet atmospheric take on the track that now highlights lead vocalist Johnny Fantastic's soaring, breathtaking vocals.

D||E is a new group featuring three-fourths of the sorely missed kraut-pop masters Fire in the Northern Firs as well as studio proprietor Ali. "Cobra Shoes" highlights the groups Ghostly Motorik sound that draws equally from 70s cosmische, 60s garage, space rock and the alien sounds of three-way live shredding. This is their debut release and will be followed shortly by a self-titled EP.

GOD JR. is the relaunched Ambient Sludge (or Cosmic Doom Metal) two-piece that was formerly known as Sister Sister. "Believer's Lament" is is taken from their upcoming full length, "We Watched the World Turn to Ash Through the Porthole in Our Bunker," a bracing journey through monumental doom jams that veer off into pure drone or combustible guitar leads at will.

STRANGE is a two-piece thrash metal group whose music acts as a caustic love letter to all things heavy, encompassing thrash, hardcore, doom, sludge and straight-up rock and roll. "Attack" is taken from the remixed and remastered version of their awe-inspiring debut EP which somehow hits even harder than before.

HOT CELLARS are a new 60s-inspired garage-pop group who just finished tracking their debut EP. "Summer Voodoo" is as good an introduction as any, reveling in the groups uncanny grooves, dramatic dueling vocals and catchy-as-anything guitar melodies.

YEAH WINGS is the slowcore project of Collin Dall. "Parade," a beautifully drifting mid-tempo ballad, is taken from Their debut full-length, "Allen."

HUMAN KINDNESS are an Epic Post-Pop-Punk group from Minneapolis whose music combines plain-spoken, confessional lyrics with rafter-reaching Big Rock music arrangements that combine punk, shoegaze, post-rock and 90s indie. "20 years" is the opening salvo/mission statement of their (sorry for over-using the word) epic debut album-slash-bildungsroman "Not Apathetic," which is out later this month.

All songs written and performed by the respective artists.

All songs recorded, mixed and mastered by Ali at Ecstattic Studio.