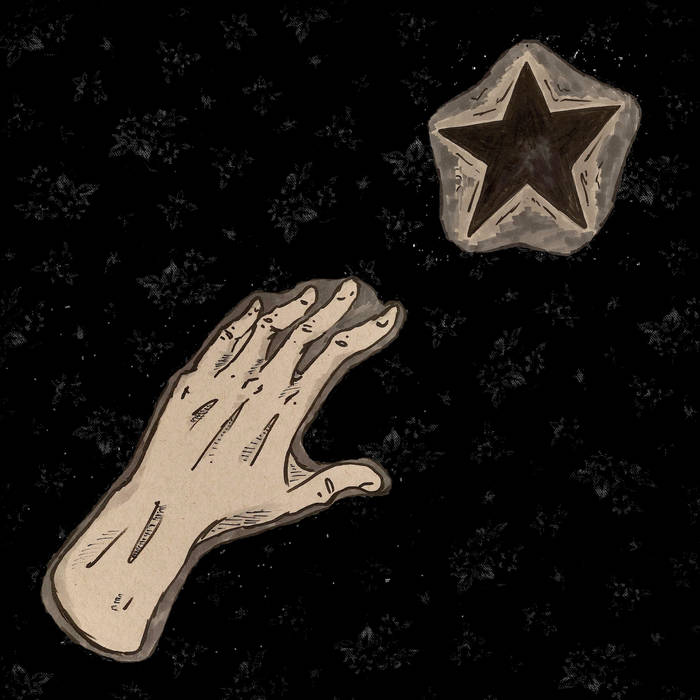 SHINING BRIGHT is the first part of the fourth ECSTATTIC STUDIO compilation, entitled MAKE A STAR. Comprised of songs recorded at Ecstattic Studio over the last year, these tracks were tracked, mixed and mastered by Ali in the attic.

This compilation chronicles what was undoubtedly the busiest, craziest most fruitful year in the existence of Ecstattic Studio. Dozens of bands visited the studio - some new recruits, some old friends - and left us with an embarrassment of musical riches. All of these artists brought something new and unexpected to the studio and allowed us to stretch our stylistic boundaries in search of new and better sounds. The results speak for themselves.

Below, A bit about each artist:

BLUE RUIN are a four-piece Rock-n-Roll band who have mastered the synthesis of Big Classic Rock, Motown and weirdo punk rock and are readying a new EP for release in February on the Ecstattic Studio Record Label. "Franklin" is their new single, an infectious slice of guitar-pop heaven.

WHAT TYRANTS are three expert Garage revivalists, whose Nuggets-inflected gem "Lean" only hints at the high notes their forthcoming LP hits. It will be out soon on the Forged Artifacts label.

DRONES are a three-piece Power-Pop-Punk band whose Ramones-worshipping riffs are complemented by their Power-pop pedigree. "Try" is a standalone single, but they have a 7" out now.

THE BOMBSHELLS are an exciting new Fuzz-Punk/Riot-Grrl band whose youth belies their raw power and songwriting chops. "Blood Boils" is from their recently finished debut LP. They will be releasing another single in the very near future.

ELLIOT REED is an electronic artist based out of Chicago whose music expertly rides the line between melody chaos, presenting note-perfect electro-pop jams only to tear them apart with gleeful abandon until only sheets of noise remain. Their fantastic debut LP, "Anxiety Magic," will be out later this month.

HOLLOW BOYS are a three piece gloom-pop band featuring studio proprietor/Engineer Ali as well as Assistant Engineer Cole and label packaging designer Monica. "Cancerlands" is from their second LP, BELIEVE IN NOTHING, out now on Modern Radio (LP) and Bridgetown Records (Cassette).

BIG WAVES OF PRETTY are a two-piece ambient-spaz-pop group based out of Madison and Nashville. Their utterly unique, nearly indescribable music is unlike anything you've ever heard. "Jaafantasy" was recorded during sessions for their last LP - IT IS A SIGHT HE NEVER FORGETS - out now on Bridgetown Records.

NATURE LAWS are a two-piece emo-punk group based out of Minneapolis and Chicago. Their cathartic, energetic music calls back to 90s-emo classics while mixing in fresh elements form noise music, post-punk and grunge. "Loopholes" is from their new EP MOBLEY, out now on the Ecstattic Studio record label.

NALLO are a Cosmic Sludge-Pop band whose sprawling, noisy, Americana-tinged songs recall everything from dusty deserts to trash-strewn city streets. Their new LP, BREATHER, is a high water mark for the band and available now on cassette.

HACK is the ongoing, collaborative noise/ambient project of Manny Castro. "Movement 2" is the middle section of their new EP, 3 MOVEMENTS, and showcases the group's ability to weld harsh noise to more conventional musical elements - in this case, a killer groove and blown-out keyboard melodies.

All songs written and performed by the respective artists; Recorded, Mixed and Mastered by Ali at Ecstattic Studio.